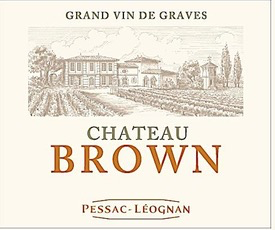 JS 90-91, WS 90-93, RP 90-92 Château Brown, as its name suggests, bears testimony to the close links that have always existed between the Bordeaux region and the Anglo-Saxons. Founded in the late Middle Ages when Aquitaine belonged to England, Château Brown owes its name to the wealthy Scottish wine trader John Lewis Brown, who settled in Bordeaux in the late 18th century. The owners came and went at Château Brown over the centuries and the estate alternated between glory and neglect. It was not until the late 20th century that the estate was fully restored to its former eminent position under the impulse of Bernard Barthe, the master of the château for the last decade.