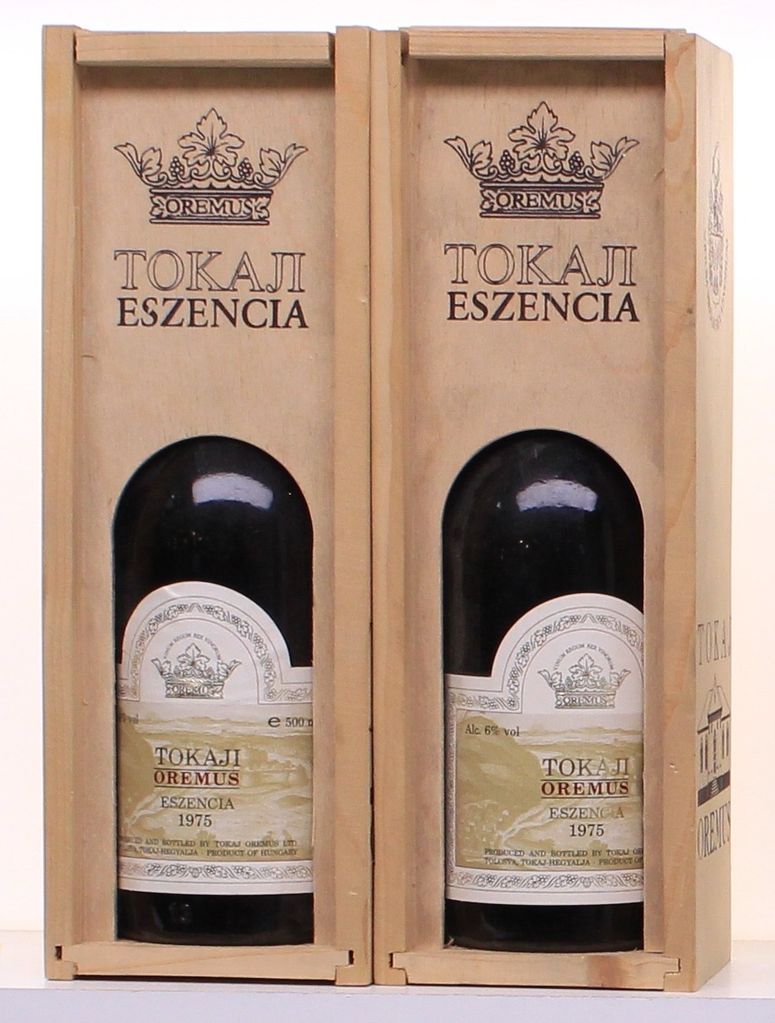 Hungary's legendary Tokaji, or Tokay, has a long and distinguished history. Botrytis Cinerea, the so-called noble rot, was recognized in this picturesque region of northeastern Hungary by 1650, a full 100 years before it was identified in Germany. Its effect was dramatic : as Jancis Robinson noted in the Oxford Companion to Wine, "By the 18th century, this extraordinary wine was known to the French court, and was subsequently introduced to the Russian imperial court by the Hapsburgs. Only Constantia from the Cape of Good Hope rivaled Tokay as 'the wine of kings and the king of wines' during this period of sweet wine worship, with Tokay Essencia regarded as an all-purpose restorative." Having fallen into disrepute under the communist regime. Tokay may today be, as Michael Broadbent put it, "the least known of the great classic European wine regions", but that now seems sure to change quickly as savvy western European winemakers flock to exploit the area's exceptional potential. One of the first was Bodegas Vega Sicilia, indisputably Spain's greatest estate, which in 1993 acquired one of Tokay's most highly-regarded properties in the top-rated village of Tolcsva, at the region's heart. Rechristened Bodegas Oremus, the winery boasts 115 hectares of "first growth" vineyard plus several kilometers -- and five levels -- of underground cellars hand hewn into volcanic rock. Wines have been ageing there under perfect conditions since the 12th century, in locally made, 136-liter Gonci and 220-liter Szerednyei oak casks. The wines are made by Tokaj Master Andras Backsos, from the traditional varieties: spicy Furmint, floral Harslevelu, honeyed Zeta and fruity Muskat Lunel. As in Sauternes, the blend of varieties gives the best results. The process itself is unique. Fifty-pound puttonyos (tubs) of juice --paste, really -- from botrytis-affected (aszu) grapes, individually picked, are added to 136-liter Gonci casks of regular fermenting must. After a 24-hour maceration, the mixture is pressed, and then aged in oak for as long as ten years. Oremus have also pioneered the vinification of high quality, oak-aged dry wine, primarily from the Furmint grape. This fresh, crisp wine, with its appealing mid-palate richness and unique spicy character, offers all sorts of food and wine pairing options, notably with Asian cuisine