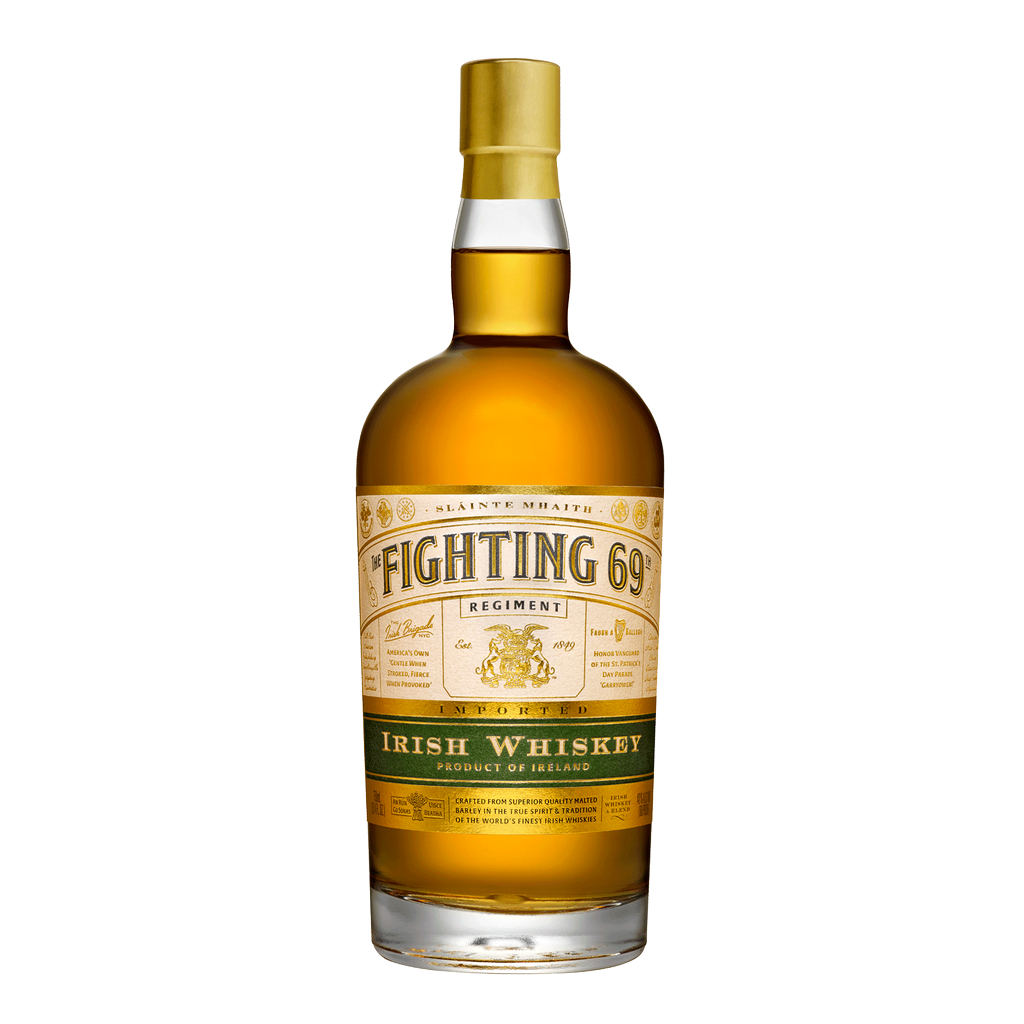 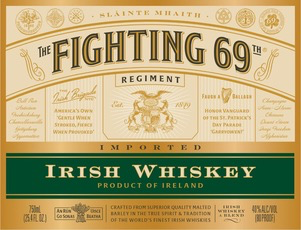 Gentle when stroked, fierce when provoked

his uniquely ﬁnished blend results in a ﬁne distillate that is both of robust character and a full smooth ﬁnish, a ﬁtting tribute to the Fighting 69th Regiment!. New York City’s 69th was formed in 1849 by Irish nationalists who fled their homeland after participating in a failed rebellion against British rule during the height of the potato famine. It was christened the “Fighting 69th” during the Civil War by none other than Confederate Gen. Robert E. Lee, who saw the New Yorkers rout his own ferocious “Louisiana Tigers” during the battle of Malvern Hill in 1862. At Gettysburg, its soldiers fought valiantly in “the wheatfield” despite being vastly outnumbered. A dollar from every sale will also go to benefit the 69th Regiment’s historical trust