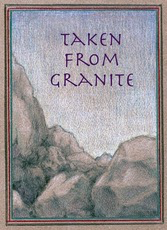 Gideon Beinstock has become known for his amazing Clos Saron wines, but the history goes back much further than that. A long and winding road from growing up in Israel, an artist’s life of painting in Paris, helping to plant the Renaissance Vineyards in the 1970’s, international wine sales, and finally finding his way into winemaking at the very same vineyards he had planted almost two decades earlier. It was there at Renaissance that he began learning his craft and made the first of his incredible wines. Gideon left Renaissance in the late 1990’s to found Clos Saron, just a few miles down the road, but has always felt a connection to Renaissance, both as a piece of his history, and also as a totally unique and special terroir. Which brings us to the present: Gideon was given the opportunity to reclaim some of the greatest wines he made during his time at Renaissance! These wines have never left the winery and have been aging perfectly, undisturbed for the past two decades The cuvees that were hand-picked by Gideon are showing outstandingly right now, and should continue to age gracefully for years to come.