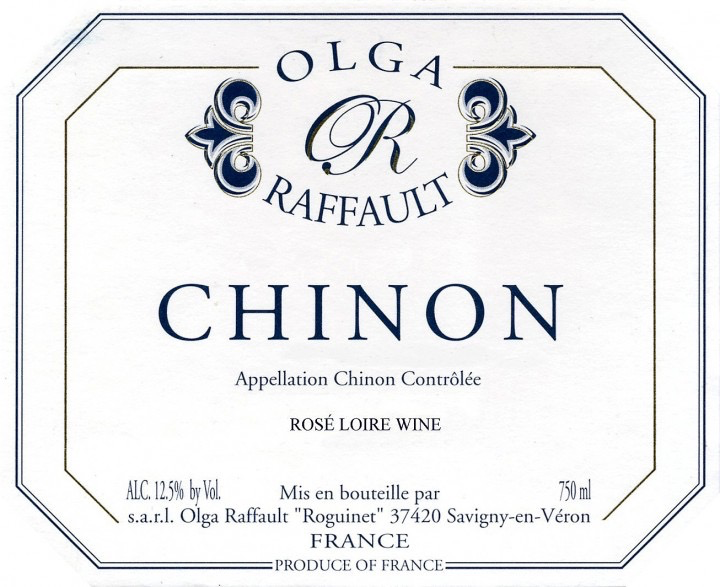 100% Cabernet Franc. Direct-press rosé from estate vines on sandy, gravelly soils along the Vienne River. Fermented with native yeasts and aged in stainless steel with no ML. Snappy, fresh, herbal and berry-flavored. Domaine Olga Raffault is unquestionably one of the long-time reference points for top-quality, traditional Chinon wines. Its history is intriguing. Olga and her husband Pierre operated the estate together until he died unexpectedly just before harvest in 1947. Alone with two small children, Olga was left to run the business but was ably assisted for the vintage by employee Ernest Zenninger, a German prisoner who had found refuge and work at Raffault at the end of the war. Ernest stayed on, becoming the winemaker and working closely with Olga’s son Jean Raffault. The two of them ran the estate as a team for decades, under Olga’s watchful eye, until Jean’s daughter Sylvie and her husband Eric de la Vigerie took over about 10 years ago.