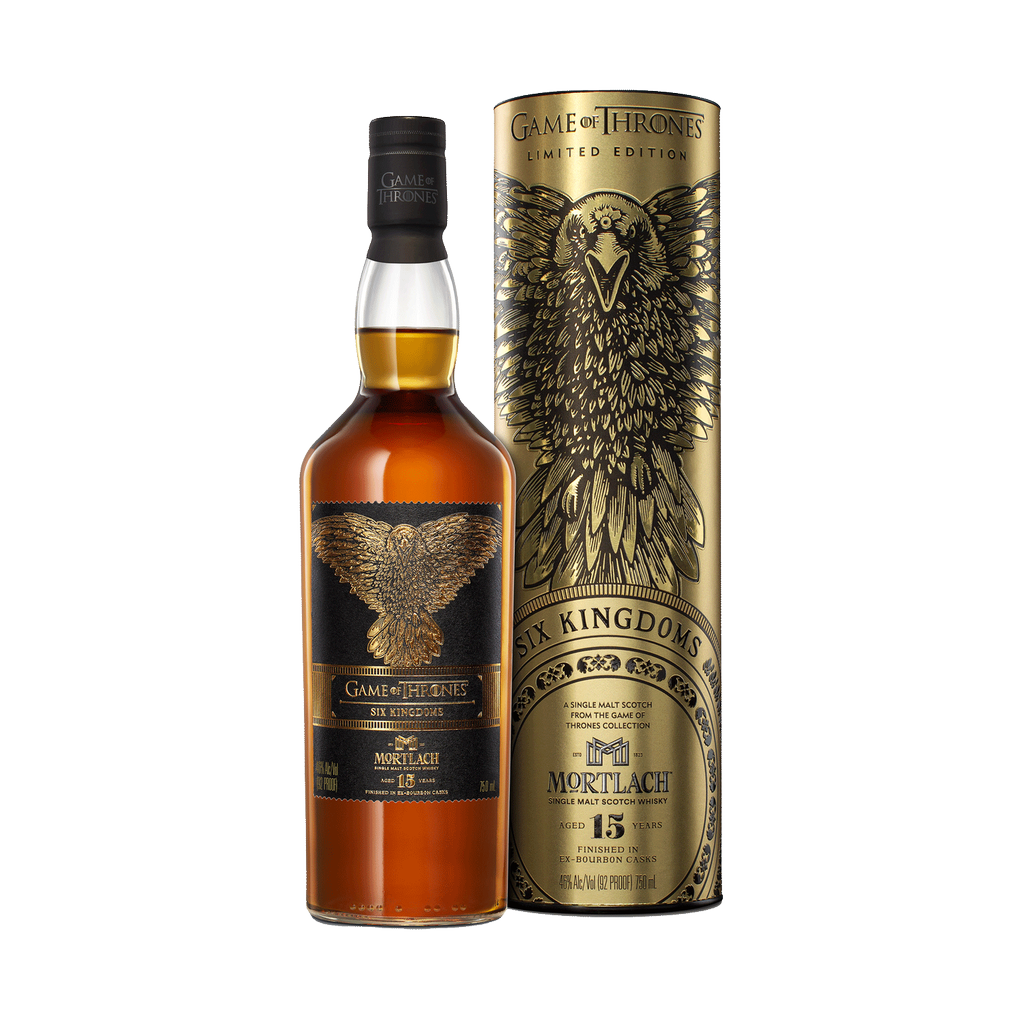 "Just in time for the holidays, the perfect gift arrives for those whose love of Game of Thrones endures. The bottling, a Mortlach Single Malt Scotch Whisky that has been aged for 15 years, is presented in a metallic gold cannister that features an intricate pen and ink drawing of the three-eyed raven as seen throughout the eight seasons of the series. The Six Kingdoms packaging pays homage to the last Greenseer, whose ability to see beyond the constraints of time and unravel the intricate stories that held the tapestry of Westeros together proved to be his ultimate power. As for the whiskey itself, this particular bottling weighs in at 46% ABV (92 proof), and as mentioned above was matured in first-fill, sherry-seasoned casks and finished in American ex-bourbon. Quantities will be quite limited. Expect for this to be among the hottest limited release Christmas gifts out there for Got nerds."