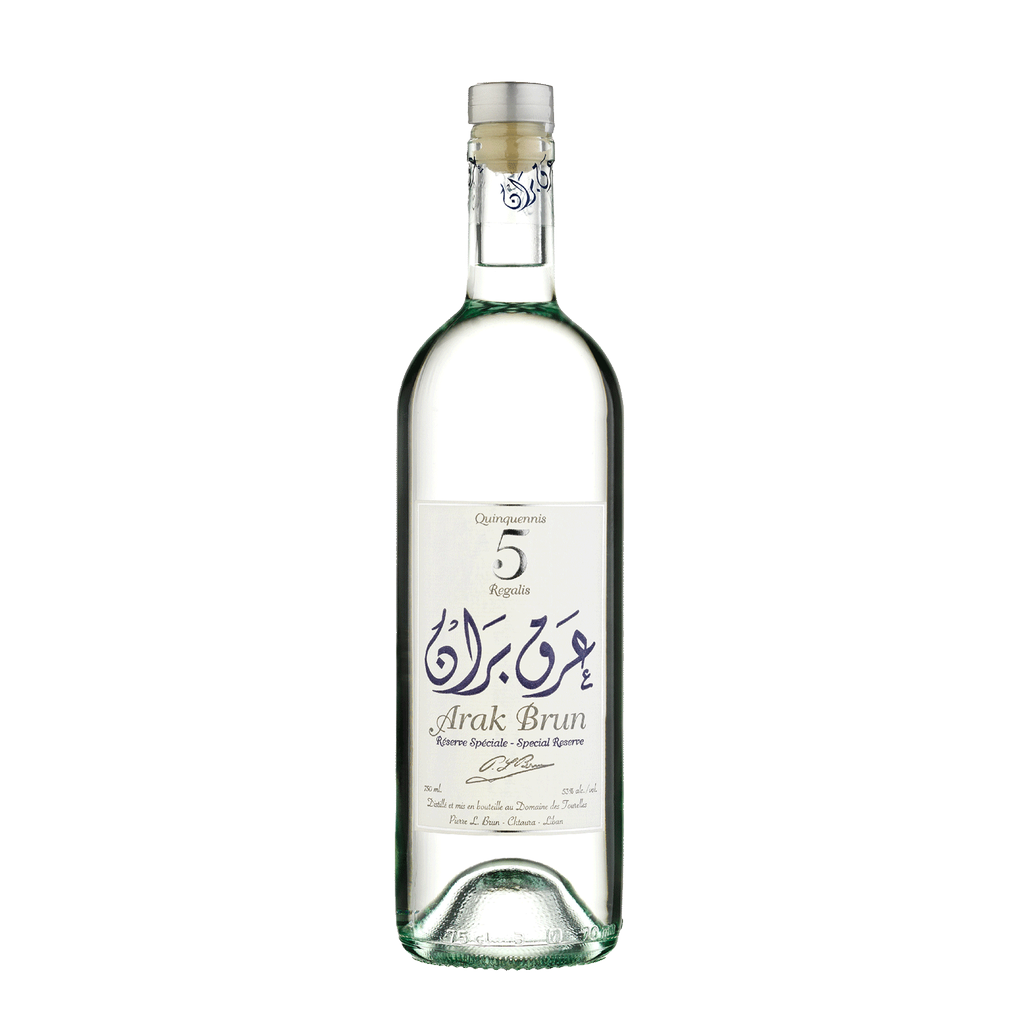 Named after François-Eugène Brun, Arak Brun might be the world’s most famous arak! Its production has been uninterrupted since the inception of the winery in 1868. It is made from the alcohol of estate grown Obeidi and Cinsault grapes, harvested at optimum ripeness, and blended with fresh anise. Since 2015, Domaine des Tourelles grows its own anise in Deir el Ahmar, a village in the district of Baalbek. Their arak is produced inside a hundred-year-old cellar, processed traditionally using a three-stage distillation in traditional alembics, and aged for 5 years in clay jars. Arak is not sweetened. Serve with water - ice can be added. 53% ABV.