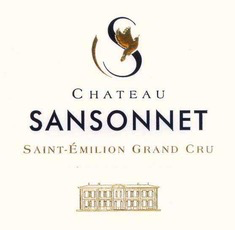 In the 18th Century Château Sansonnet was the property of the Duke Decazes, Prime Minister under the reign of Louis XVIII. The historic home, restored, furnished and redecorated now welcomes private and business guests in an elegant, typical Saint-Emilion, setting. In 2012, Château Sansonnet joined the tight circle of Saint-Emilion's Grans Crus Classés. This distinction was a reward for constant, hard and close work carried out on the vines with a continuous concern for quality. With her PhD in Pharmacy, Marie-Bénédicte Lefévère, took over the management of the estate in 2009. It was as a child in the cellars of family properties in Pomerol and Saint-Emilion, that she was first exposed to the wine culture that was to become her passion. With high ambitions for her wine production and a love of the estate, Marie-Bénédicte is intent to raise the estate to the top of the appellation."