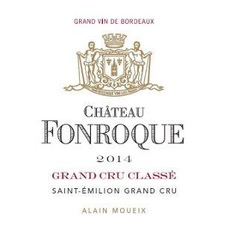 Château Fonroque is the birthplace of the Moueix family in Saint-Emilion. This property was bought in 1931 by Jean and Adèle, the great grandparents of Alain Moueix, who is now director of this lovely wine estate. The second son in a family of small-scale farmers from the highlands in the Corrèze region, Jean Moueix moved “up” to Paris in the 1920s, where with his wife Adèle he opened a first cheese and dairy produce shop; he subsequently established many more. Several years later, they bought Château Fonroque where they settled for good. The decades that ensued sealed the attachment felt by Jean and Adèle, and later by their son Jean-Antoine, for the lands of Fonroque. The oldest records show that Fonroque has always been a wine-producing estate. When Jean-Antoine died in 1979, the firm Etablissements Jean-Pierre Moueix (a family-owned, Libourne wine trade firm) was entrusted with the running of this estate.